Hosted by Leo “Doc” Flory and his wife, Ann 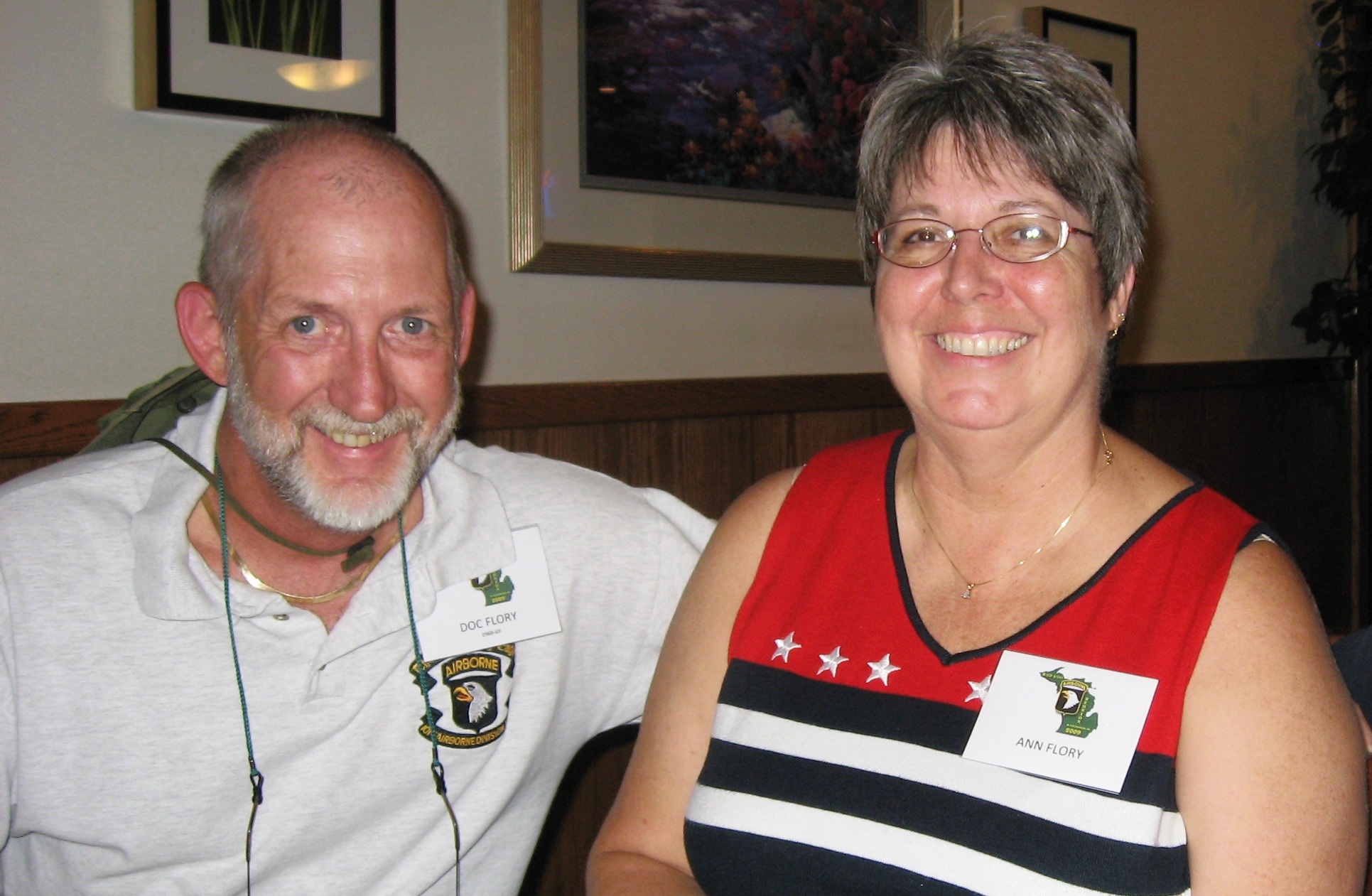 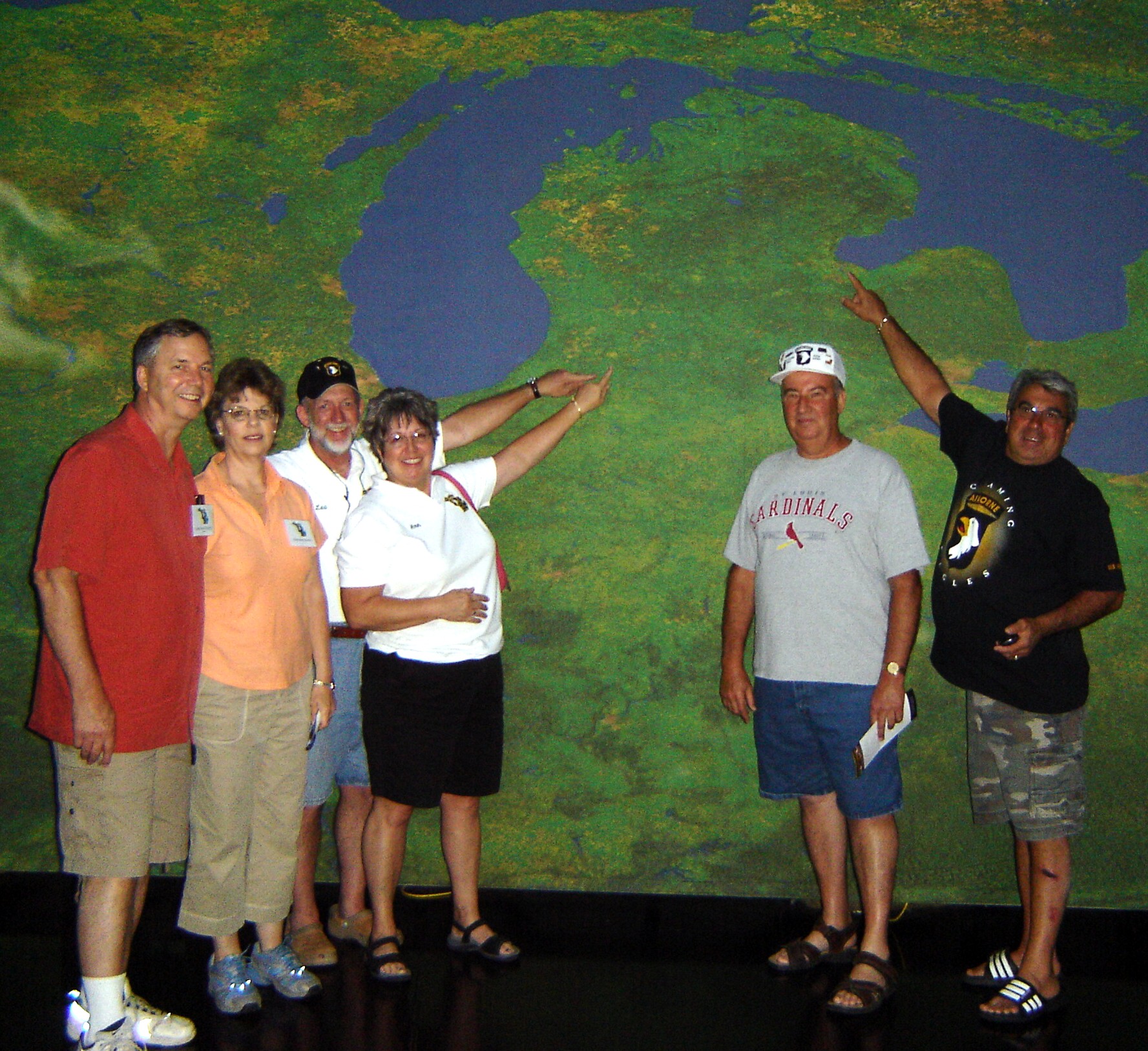 FRI: Golf Outing in AM, bus to Air Zoo around 10 AM with others enjoying sight seeing and shopping in downtown Kalamazoo. Business meeting was held at 4 PM.Captain Larry Jackson was awarded a set of Airborne golf balls for winning the golf tournament. Specially designed reunion mugs were given to each attendee and 101st Airborne DVDs were given out to each B-2/501st man. John Heil designed special Bravo patches for this reunion and distributed those to all. Delicious dinner was enjoyed at Bravo restaurant at 6 PM, complete with champagne toasts, courtesy of Al Werth.

SAT: “Taste of Michigan” Bus trip to South Haven MI at 9 AM to see the sights and shop on Lake Michigan. Lunch and decorated cake was provided courtesy of the South Haven American Legion. Returned to hotel around 3:30 PM. Bus ride to Leo’s Decatur VFW post # 6248 at 5 PM. Flags lined the street in our honor. Color guard ceremony was held at 6 PM sharp with Group Photos of the men and women taken separately in front of the cobra and memorial display. Cocktail hour and couple photos were next on the agenda and then a special and moving POW/MIA presentation was held with dinner and raffle to follow. A large variety of raffle items were donated by various companies and organizations and private individuals. Even the centerpieces provided by the VFW Ladies Auxillary were given out. So just about everyone received something, with the proceeds going to seed the next reunion. Special awards were given out to the 7 first-time reunion attendees and all the B-2/501st men received a special recognition certificate for their service to our country. Cat and Brad were honored and received a card signed by all with gift cards inside. Doc Flory and his wife, Ann were honored with a personalized clock, “Reflections” print and a plaque was given to them for their hard work planning this reunion. Bus returned to hotel about 12 midnight.

SUN: Full breakfast was shared together at the hotel and goodbyes were exchanged until we meet again in 2011 in Branson MO. A good time was had by all. If you missed it, you missed a special time together. Plan to attend the NEXT reunion in 2011, which will be hosted by Mike (Doc) Edwards and his wife, Jane. Date will be decided upon later. 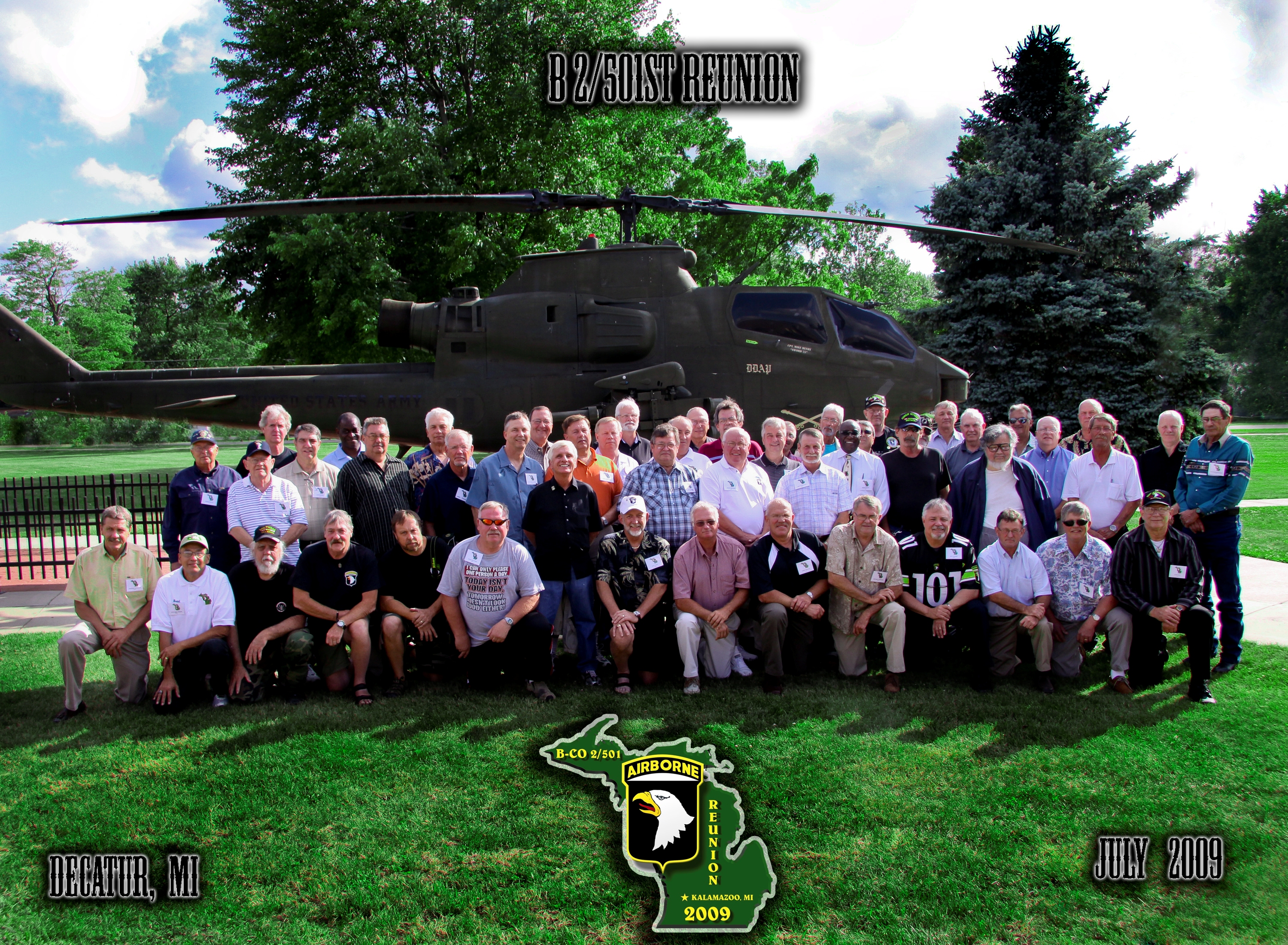 Phil Hazen’s wife, Debbie, is a newspaper editor in Clatskanie, OR and she wrote an article about our reunion in her “Clatskanie Chief”. To see the article, click here.