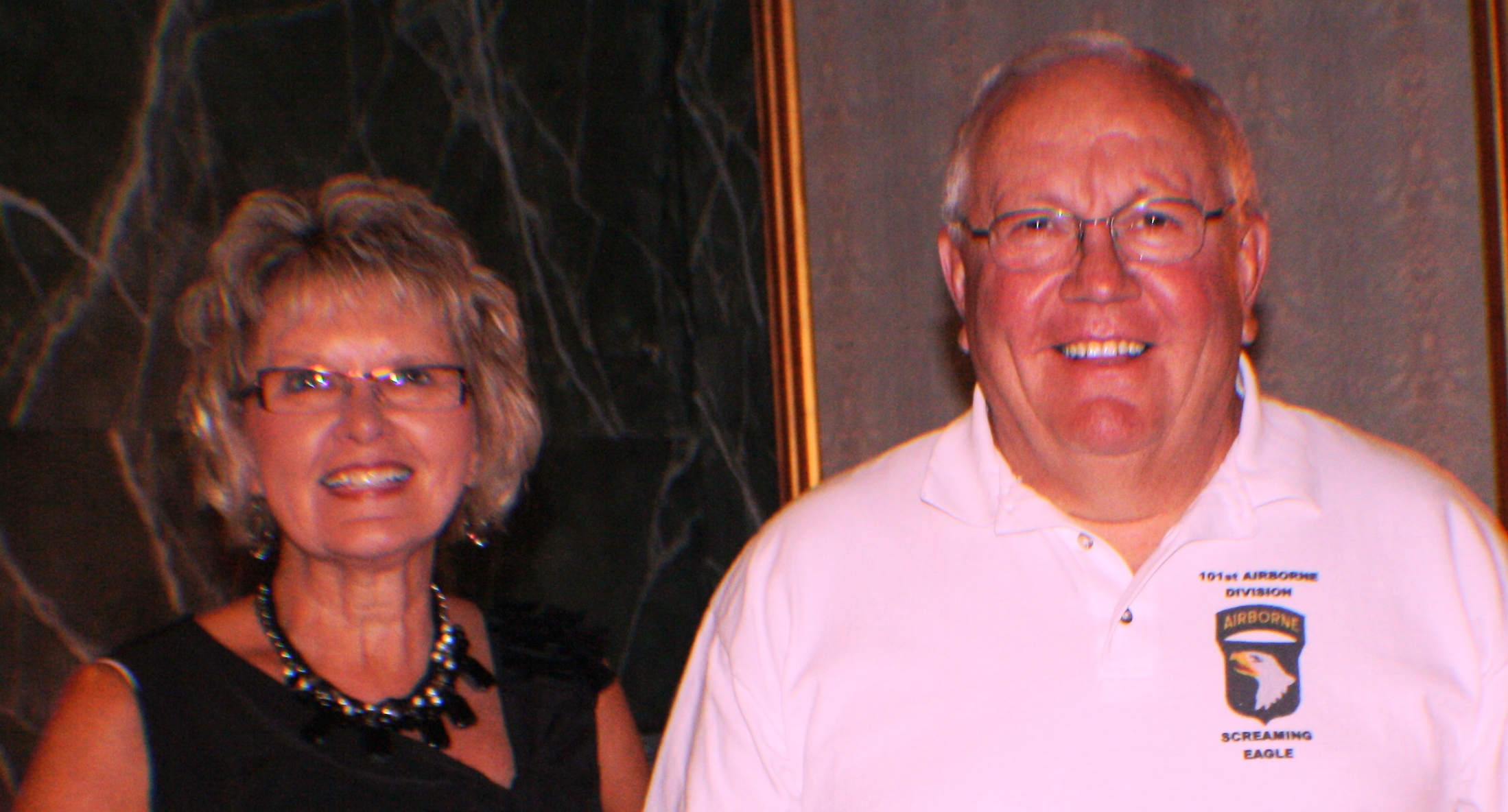 Hosted by Chuck and Sue German

The reunion was for those who were in B-2/501st any time between 67-72, along with their guests and family members

All the guys in attendance:

All the gals in attendance:

All the medics in attendance:

After Action Report of the 2013 reunion!

As always we enjoyed the reunion. Over the 10 years we have been attending reunions, we have been able to visit areas of the country we might not have seen. The re-acquainting with friends is always a highlight. No matter where life took us after Viet Nam, there is always something to enjoy in conversation. We look forward to seeing everyone in Reno in 2015!

The reunion was all I thought it would be and more…looking forward to Reno! Meeting guys who were there during before and after me was a real pleasure and talking about our experiences…..I felt a true bonding with all!

I always have a good time at the reunions. I have pride being one of the 67-68 originals but I enjoy talking to ALL those who followed. We are all brothers. See you in Reno!

I would recommend it for all first timer’s to help clear-up issues that may be a little cloudy after all these years. It was just good for the morale of the troops!

Fargo was the best reunion of all for me and my wife. I was so disappointed in missing Branson and so happy to get to Fargo. Chuck and Sue did a great/wonderful job with every aspect of the weekend. From Roger Maris to Viking Battleships to Little house on the Prairie, Air Museum (Huey) and VFW (meat raffle) all was perfect! I was so happy to meet a member of our company that was a first time attendee, Paul Aldoupolis
from about a hour away in Quincy, MA. Along with Paul were several other first time guys. It looked like they had a great time. The evenings were electric as usual and the day time events were excellent. My wife is 100% Viking so she really enjoyed that trip and after spotting two actual Vikings in our mist (Leo and Ann) she got a bit glassy eyed!! In my very own opinion I thought this was the most relaxed and comfortable reunion yet. It looks like guys spanning all the years the 101st (and our Bravo Company) fought in Vietnam are starting to become one big Unit! The way they did in WWII. Guys and Gals are finding it easier to talk and adjust to being “home” and relating things that happened openly and listening to things that happened before or after or during their time in country. As I said just like in WWII when the 101st was first activated and the men from Taccoa jumped into Normandy, from that moment on a flood of replacements picked up the banner and fought on with this great Division. After the debacle in Holland and by the time the Battle of the Buldge most of the 101st was “new guys” (FNG’s). They were all hero’s and all proud of their 101st!! I really wish I could have trained with a large group of men and gone over to Vietnam as a unit. Instead like almost all of the 101st Vietnam Vets I went over as a replacement (that sucked). Going into any unit not knowing anyone, how they did things, who was good and who not so good! That was hard and probably part of a lot of problems many of us have after the war. Thanks to everyone that helped Chuck and Sue, Driver’s Daughter being there and especially the Von Trapp family for all the great songs!

What else is there to say, thanks to all that attended. The last 4 reunions flying for many the only way to get there with a shuttle flight on either end. We must be doing something right to be getting these #’s. The “entire” German family to be complimented for this one as the options to see Fargo were yours. Hopefully the brief business meeting for those attending for the 1st time see that this has not happened overnight, but without the support within the group it will “fizzle” as others have, many attending located from the early days of locating, hope you come back and bring along another 1-2.

Brunch buffet available for purchase – Basie’s restaurant
Goodbyes and depart for home
Hope to see every at the next reunion in 2015!