The Combat Medic’s Badge signifies that this person served for at least sixty days in the Medical Corps in combat. To have earned this honor and survived is a truly rare and heroic feat. The men who wear this badge today displayed exceptional skill, courage, and honor when called upon to protect their country. The Combat Medic was the first to give aid to the men wounded in action and was there at the last moment of life for many of our men who died. Most of the men who were wounded in action are home today because of our Combat Medics. 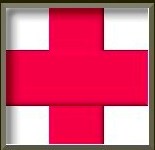 In addition to bearing all the responsibilities of soldiering, medics had to calmly treat the devastating wounds of warfare

In Vietnam, the medic’s job was to treat and evacuate

Aside from tending to battle wounds Combat Medics were also called to perform many other duties; such as, administering Malaria pills, salt tablets, applying various ointments, checking feet and crotches, administering shots and giving first aid for scratches, cuts, bites, abrasions and keeping diseases in check.

Our Docs carried a medic’s bag, which could weigh quite a bit. Most also carried a rucksack, with change of clothes, c rats, and extra water and whatever else the average grunt needed in the bush.

The US Army assigned combat medics to 7 month rotations, with the remainder of their tour spent in rear areas and noncombat assignments.

Besides their medic duties, our Docs also stood perimeter guard and participated in firefights.

“When I joined 1st Platoon as its brand new platoon leader the first week of December, 1969, John “Doc” Marks was already an “old hand.” He had joined 1st Plt a few weeks earlier in November, and by the time I arrived, Doc was completely in command of the health and well-being of about 30 of us “Drive On” troopers.

I have a number of fond memories of Doc Marks. Most combat vets remember their medic as the guy who came running when the bullets started flying, the RPGs started exploding, and/or the mortars started landing. The cry of “MEDIC!” for a wounded comrade was usually among the very first sounds heard above the din of battle, and the sight of a combat medic rushing to the side of the wounded even as danger and death was exploding all around him was an amazing sight. The mortality and morbidity rates for those with combat medic duties were among the highest of all job descriptions in an Infantry platoon. Doc Marks responded to more than his share of “MEDIC!” cries over the bloody months that followed in 1970, and he received some of our nation’s highest valor awards for his selfless bravery and devotion to his troops under fire.

But my fondest memories of Doc Marks were for what he did when the bullets were NOT flying. Someone once explained to a non-vet what it was like to be in combat by saying that “. . . it was week after week of mind-numbing, boring, seemingly meaningless drudgery occasionally punctuated by a few seconds of absolute, blood-curdling, sheer terror.” John Marks shined during both times.

The Vietnamese weather conditions were brutal to U.S. soldiers—months of monsoonal rains from October through February, followed by heat and humidity that made summers in Atlanta or Houston feel mild by comparison. And the guy who kept the other guys in the platoon ready for those “few seconds of sheer terror” that would eventually come was the combat medic. Every morning out in the field, I can remember John going around to each guy before we moved out on that day’s mission to make sure that he had taken his malaria tablet and other, personal prescription meds. When we’d take a break while moving up a steep hill humping heavy rucksacks, John would walk up and down the platoon file checking to see how everyone was, ask if they were drinking enough water, offering salt tablets, etc. Every evening while guys prepared their defensive positions and evening meals of C-rations, John would go around to each and every guy to treat their cuts, blisters, bites, rashes, and other maladies of all descriptions. He took it very personally. John Marks felt it was his personal responsibility to make sure that every guy in the platoon was as combat fit as he could make them; and he was remarkably successful in his efforts.

Everyone in the platoon suffered from blood-sucking, leach bites. Leaches would drop from bushes as you walked by or crawl up your jungle fatigues when you sat down or slept. They would find a patch of warm, soft skin and attach themselves for a meal. It was not uncommon for a buddy to notice a bloody spot on your neck or face or back of your pants; when you checked it out, Mr. Leach had been there for a meal. The problem, of course, was not the loss of blood—it was the infection caused by an un-cleaned, open wound in the filthy jungles of Vietnam. Sometimes, even after the wound was found and treated by Doc Marks, it would become infected. I had a leach bite on my left temple which got badly infected and turned into a boil. The boil swelled up the side of my face so badly that it was affecting my eyesight and sense of balance. John suggested that I go in on the next Log Bird (logistical resupply helicopter) and have the Battalion Surgeon on Firebase Bastogne treat it. I took the macho man approach and said “No,” and after watching me continue to stumble down trails, John got on the platoon radio when I wasn’t nearby and contacted the company CO, CPT Dexter. He told him something like “You need to get the LT into Bastogne to get this fixed before he hurts himself.” The next thing I knew, CPT Dexter was on the radio ordering me into Bastogne to get things fixed. It was, of course, the correct thing for our combat medic to do, even if his LT was stubborn and pig-headed!

So, I salute John W. Marks, Combat Medic, for all of his contributions during his tour in Vietnam. He performed a difficult and dangerous job in an outstanding fashion, and the troopers who were fortunate enough to have “Doc” Marks in their platoon benefited week after week from having an extraordinarily devoted combat medic and, for the occasional few seconds of sheer terror that would punctuate the boredom, they benefited from a gallantly heroic combat medic as well.”

“When I think of medics, doc Eilers vividly comes to mind. I’ll share three stories that make my association with Jay Eilers memorable. I first ‘acquired doc Eilers on FSB Bastogne in February 1970. The first thing that impressed me was that he was from Idaho; I grew up in Spokane so I considered us neighbors.

On my first CA (first foray into the badlands), a snake was discovered directly in the platoon CP area of the NDP (but, not just a snake, a cobra)! I killed the snake with a pointman’s machete after some severe knee-shaking & beaucoup stuttering. Later that night, as I was going off radio watch and had handed the handset off to another, there I was, laying in my ‘king-size’ bed (up against the rucksack) and was lulling in the waves of Morpheus (dozing off) when doc informed me that he’d read wherever you find a cobra, you’ll find its mate. Thanks doc; my first sleepless night in paradise!

The next episode was following a CA, with plans to eventually join the company on Re-Up Hill, that I found myself dashing across the LZ with a PRC-25 (no weapon) directing (two) sets of cobras onto MG targets that were firing on the slicks; and, the pilots refused to land the remainder of the platoon until the fire was suppressed. Finally, with the platoon on the ground, I laid up against a log to get “kool” and lit a smoke. On my third drag, someone jabbed a hot fireplace poker into my right thigh. Oops, my bad, it was a centipede! With excrutiating pain, I asked doc Eilers for anything, including morphine, to quell the pain. His words to me, “… sorry Lt, you’ll just have to let it subside.” Say what? It took all my resolve to keep from gutting him right there (the medic; not the centipede)! How could he let me suffer?

The last episode was the morning after we departed that horrendous Re-Up Hill. While in our NDP and after ‘stand-to’, we were assaulted with RPGs and/or satchel charges resulting in the instant death of Sgt. Jarrett and severe wounds to Sgt. Joseph (Jo Jo) and Doug Grier. My dear brother, doc Marks, assisted doc Eilers in performing a trach on Jo Jo while his head lay in my lap. Jo Jo’s pulse improved and I asked Jay if he would go up on the penetrator to hold Jo Jo’s head back. In spite of the precarious circumstances with enemy all about, doc Eilers climbed onto the penetrator without hesitation and was extracted with Sgt. Joseph.

I really liked that 19 year old kid from Idaho; I still do! 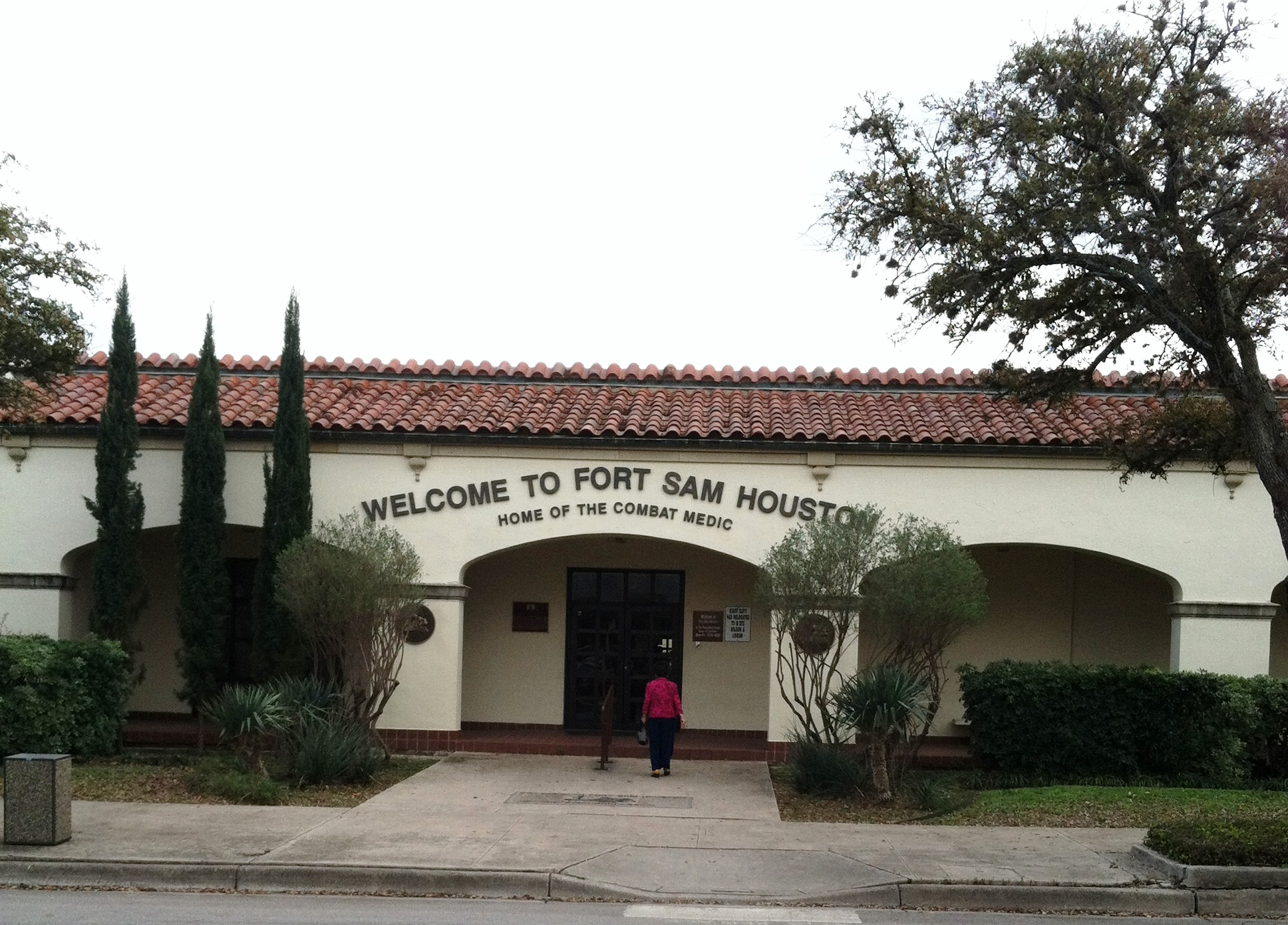 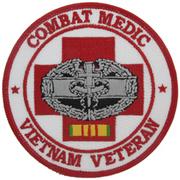 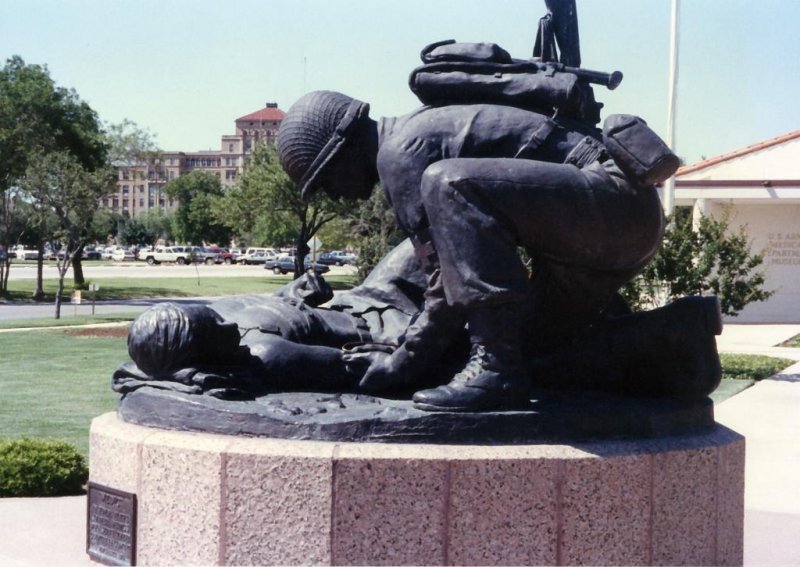