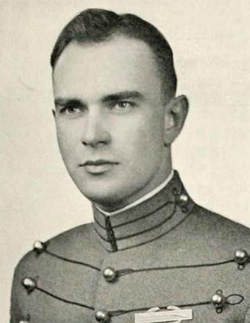 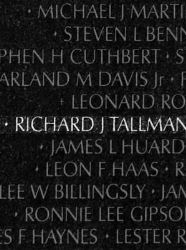 He was aboard a helicopter departing the city of An Loc in Binh Long Province when his party were hit by enemy artillery fire. Gen Tallman was wounded and later died at the Third Field Hospital in Saigon after being evacuated out. Also killed were; Col Stanley J Kuick; Maj Peter M. Bentson and his Aide-de-Camp, 1Lt John A Todd.

“Brigadier General Tallman was a veteran of WWII, Korean, and two previous tours in Vietnam prior to his untimely death when he was killed in action in Binh Long, RVN. I fondly remember General Tallman’s concerned patient mentorship for me and many other soldiers who served with him over the years. It is with deep gratitude we are remembering you and all the others who served and died in times of war so that we may enjoy the Freedom and iberties that make the United States of America great.”

If you have photos or memories of Tallman that you would like posted on this page, please email the webmaster