The NVA renamed Saigon to “Ho Chi Minh City” in 1975. It is 50 sq miles of the most densely populated areas on earth. The French began calling it Saigon in the early 1860’s when they landed there to begin colonization. Cholon, one of many suburbs, was called its sister city. In late 67 to early 68, Saigon was off limits to the US military not having official business there. The city was infamous for its legions of bars catering to hundreds of thousands of lonely US and ARVN GIs in the area. There were 63,000 registered prostitutes in the city at the height of US involvement. The city was heavily infiltrated by VC during both Tet 68 and Mini-tet (May 68). Nearby major US military installations included Bien Hoa AB, Tan Son Nhut AB and Long Binh Post, which together with Saigon housed nearly half of all US troops in Vietnam at the height of the war. Numerous ARVN units were positioned in the city as well. 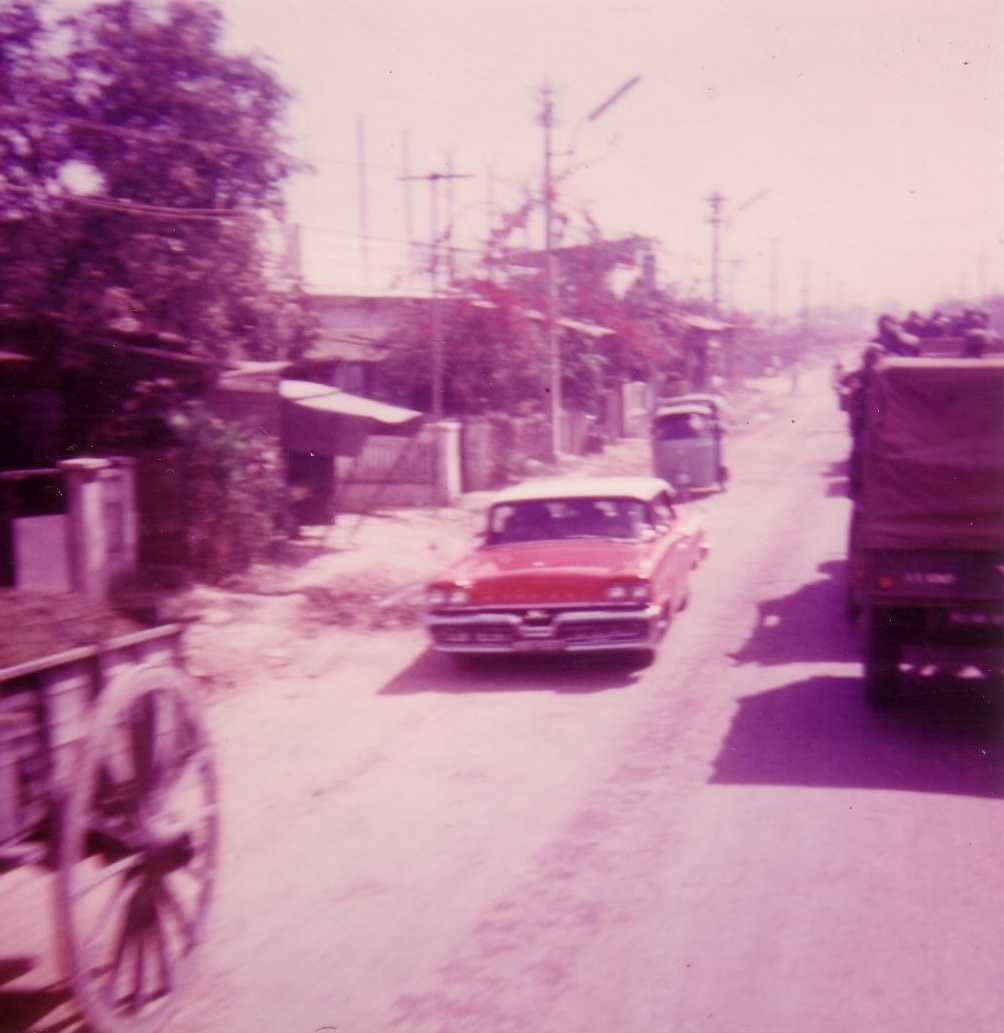 Don says “I know that it looks like the Clampetts are coming to town in this picture but in reality this was one very important family with a lot of clout, to be driving that Mercury around town.”

Luther Lassiter adds, “The photo was taken during our convoy move to Cu-Chi in Dec 67.”

If you have any other photos of Saigon, send them to the webmaster