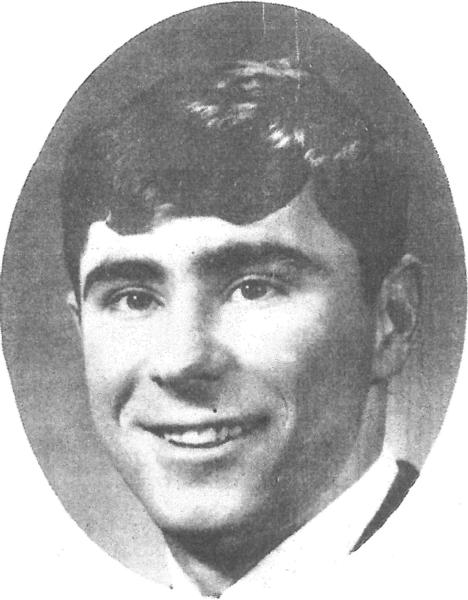 The title commander doesn’t mean that LT Rivest was in fact the unit commander, but that he was an officer qualified for a leadership position in that type of unit and could have been a commander. 31542 is an invalid or unofficial MOS. As a Special Forces type, he probably was a 1542. 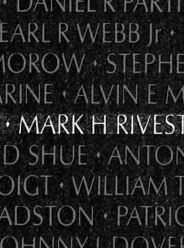 “Mark, I called your family when I got home, as I promised. When I called again you were gone forever. I miss you forever.”

“Mark my brother, though you’ve been gone many years, the pain and loss never go away. Writing this now, I’m near to tears as I remember you and how much you meant to me as we grew up. Always your shadow, sometimes a sibling rival, never will I forget you. Happy Birthday! April 7th, 2006”

“Mark, My Friend: It has been 36 years since I escorted you home to your grieving family. I know that I have kept my word, in that I’ve never forgotten you. My wife and adult children have known your spirit and of our friendships all of their lives, and all my grandchildren, of which we now have four, will also know of your bravery, kind spirit and pride you had in being a Special Forces Officer….”

“I was a warehouse specialist and had the pleasure to know Mark when he was with the 1st of the 502nd 101st air mobile. I got to know him pretty well and the week before he transferred to the special forces unit, he kept bugging me for a pair of jump boots that I had been polishing to a spit shine, that happened to be his size, so he could wear them when he reported to the special forces unit, in style. I kept telling him no, but as you know Mark, he was pretty persistent and in the final day of his departure, I relinquished the boots to him because he was such a good person and treated me with respect. I have never forgotten Mark for his kindness and wish Mark peace in heaven.”

“Mark, most of us at Cathedral likely knew nothing of this memorial, but you’re always remembered when any of us think about ‘good people’ and good memories. The nuns have you in their prayers and all of us who knew you in WMass – the Poles from Chicopee, the Irish from Hungry Hill, the paisons from South End, and the crazy crew of mixed-misfits from the “X” and Forest Park – keep you in our hearts and memories when the flag is raised. High Salute and Semper Fi, Mark.

Such a long time ago that I had those words engraved into a lighter, so that you could read them until you started to hear: “Yes, Sir.” Such a long time ago since we sat in Bill’s apartment exploring each other’s minds. Oh, that we could do that once more. But no time has passed that I have not thought you, prayed for you and talked with you. It is very nice to be able to read the things written here by those who also loved you. May we meet again in that place where life does not end. Little sister, Michelle…if you read this, please get in touch with me as I would very much like to have an opportunity to talk you.”

If you have memories of Mark that you would like posted on this page, please email the webmaster