Was a vital link in the defenses of the 101st ABN Div in the mountainous Nam Hoa district of Thua Thien province (northern I Corps Zone) in 1970. Nearly 1000 meters high, Ripcord sat at the northeastern rim of the infamous Ashau Valley, and close to North Vietnamese sanctuaries in Laos. Ripcord the 2nd highest mountain of the mile-high Coc Muen mountain range, dominant terrain along which enemy infiltration routes to the populated lowlands had to pass. Bravo company went in hot on 1 Apr. Fighting was vicious in what came to be known as the April Fool’s Day assault. 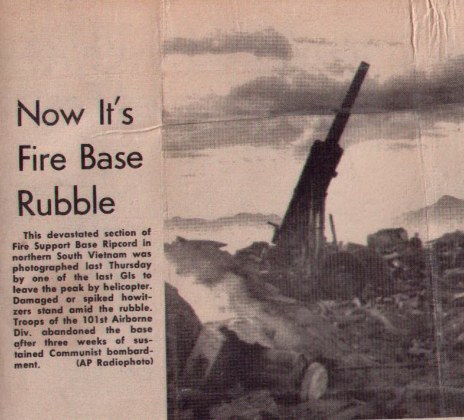