If you can identify the unknowns, please contact the webmaster. 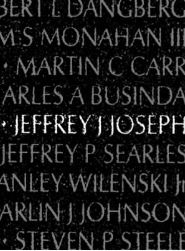 Jeffrey is honored on Panel 11W, Row 24 of the Vietnam Veterans Memorial and is buried at the Odd Fellows Cemetery in Hollister CA. 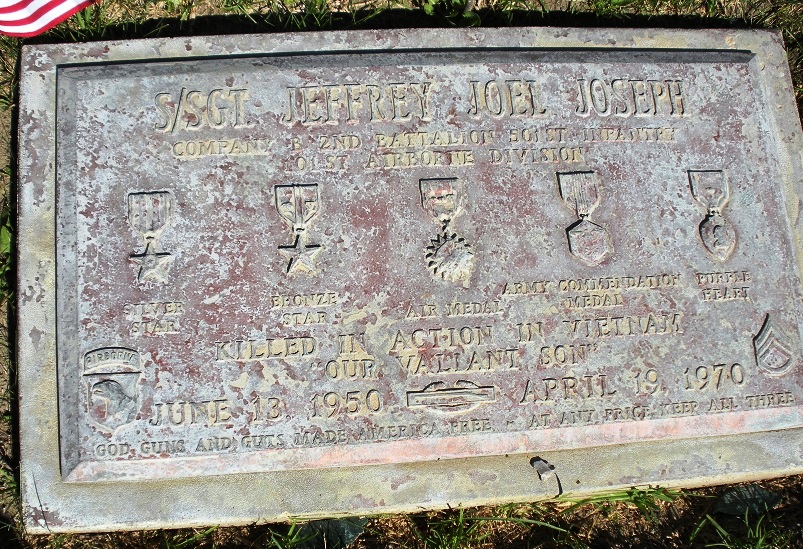 “I walked with Jeffrey Joseph many a day. I remember when ‘Jo Jo’ came to the platoon and this might have been the first fire fight he was in, but he was manning the 50 machine gun and he was so scared or excited or maybe both, he just kept shooting and the barrel of the gun turned red from the heat and he burned himself a little. I started laughing at him. I don’t think he was ready to see any humor in the place we were in, but I think after a while we all develop ways to bring some smiles back for our sanity.

“Us medics fought hard to get ‘Jo Jo’ breathing that morning. We got him breathing again and were celebrating when we heard the medivac chopper in the distance. Unfortunately he drowned in his own blood on his medivac ride to 85th Evac Hospital. I will never forget that incident that ended ‘Jo Jo’s’ life. One small piece of fragment from an RPG that hit him in the windpipe. He had been medivaced early in the operation for mortar fragments in his back. The 85th Evac was too busy doctoring other screaming eagles. Rather then waiting around, ‘Jo Jo’ came back out to the bush to be with his men. A real fighting hero in my book. Just a note: I was about 10 yards to the left of ‘Jo Jo’ when the RPG exploded at first light. This same RPG left our good buddy Doug Grier blind from that day on.”

“I remember signing you into our company and getting a kick out out your name with the 3 J’s—-you were young but a great soldier—-I’m proud to have known you.”

“I remember Jeffrey during my tour 1969 thru 1970 as a warehouse specialist. I can’t remember the name of his buddy who was told of his death by Top Sergeant Jack, but I remember Top consoling his buddy. This was a sad time because I knew they were close. 1st. Lt. Mark Rivest and Sgt. Jeffrey Joseph have stayed in my memory for all of these years because of items I gave them that were mine. I gave Jeffrey a marine cap that I picked up some where along the way that he liked to wear. May they both rest in peace. God bless them both.”

If you have memories of “Jo Jo” that you would like posted on this page, please email the webmaster