Louis is honored on Panel 23W, Row 21 of the Vietnam Veterans Memorial 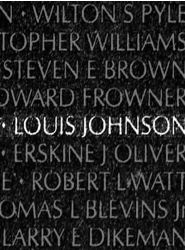 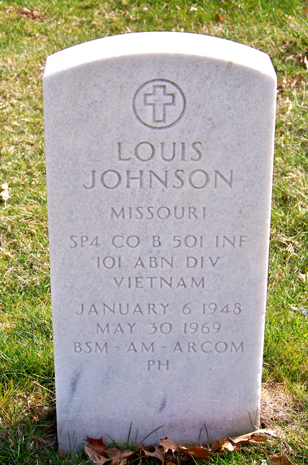 “Johnson was part of a Tiger that was overrun by the NVA in the A Shau Valley. Part of the Tiger Team was forced to vacate the hill top. Johnson made it
back to the Company NDP. A rescue team was put together by Sergeant Bouman. Johnson volunteered to take the point, leading the team up the hill toward the
Tiger location, when he was killed by enemy fire. He was awarded the Silver Star for his bravery.”

If you have photos or memories of Louis that you would like posted on this page,  please email the webmaster