Appx 12 km SSW of Hue City along Hwy 547; 15 Miles Northwest of Chu Lai, North of the Song Huu Trach (west branch of the Perfume River) and approximately 8 km east of FSB Bastogne in Thua Thien Province, I Corps. Built by various units including 27th Engineers, 1st/502d Inf and 2d Bde/101st during Operation Jeb Stuart March or April 1968. Named in honor of Plt Sgt Edward A. Birmingham, KIA 2 Oct 67, who drowned while trying to rescue a man caught in the middle of a river crossing & under fire. FSB Birmingham was a popular staging area for combat assaults, air and ground recons, LRRP insertions, and other activities because of its’ location in a valley of the “front range” of the western mountains…good access to points west but close to adequate support from Phu Bai, Camp Eagle, and if need be, DaNang. Birmingham was overrun and abandoned in both 72 offensive and 75 final offensive, while manned by ARVN forces. 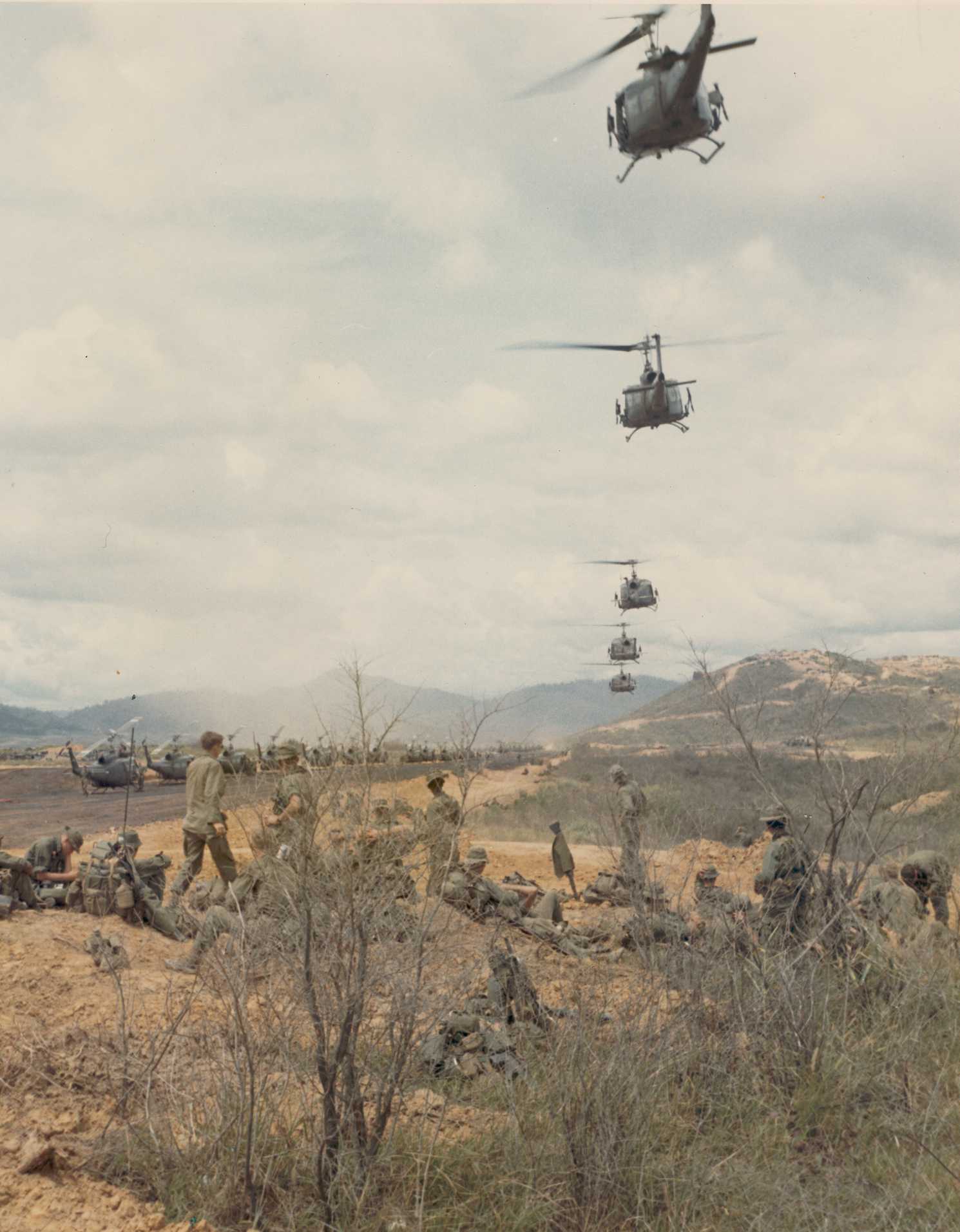 Preparing to launch a combat assault operation from FB Birmingham, a frequent place for helicopter operations.