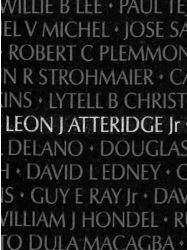 Leon is honored on Panel 44E, Row 33 of the Vietnam Veterans Memorial and is buried at Saint Johns Cemetery in North Smithfield, Providence, RI 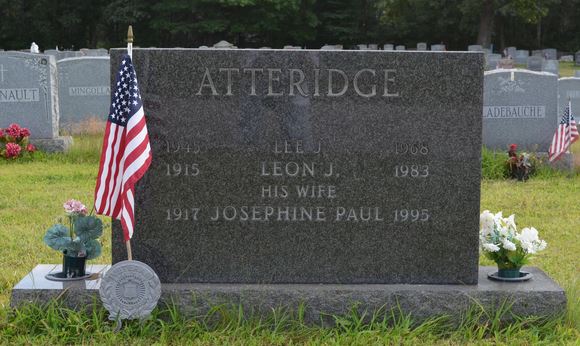 “Leon was wounded and died of his wounds the same day and place that Bradley Jimerson was wounded. I remember that day quite well. Leon was an early replacement to the company. I believe he joined the company after we came north to I Corps in February.”

If you have photos or memories of Atteridge that you would like posted on this page, please email the webmaster