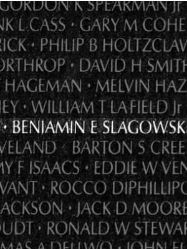 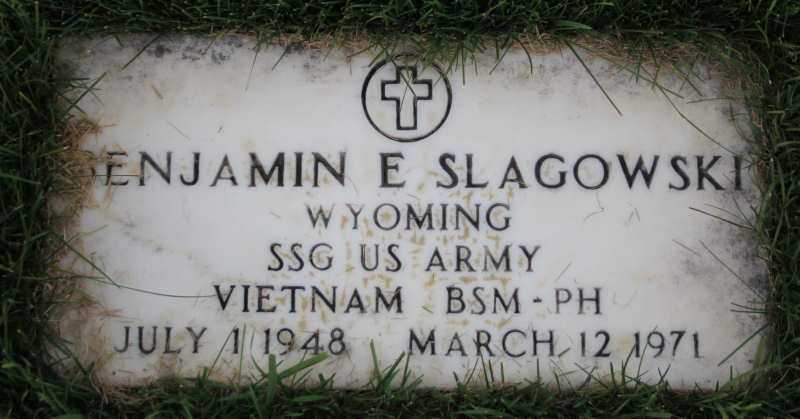 “I was made ‘Medic’ the day ‘Ski’got killed. He was a Sgt. We had run out of medics and the last one we had was getting on a chopper that day to go home. I volunteered for the job, I really didn’t expect to run into any real problems. We were on top of a hill getting re-supplied with c-rations. About an hour after we left the hill, we came under heavy mortar fire. Me and some real medic from a unit close by, went to him. He had been hit in the head and along his left side. A medivac got him out, I believe he had died already; I was told he died later. It was later reported as ‘Friendly Fire’.”

If you have photos or memories of Slagowski that you would like posted on this page, please email the webmaster