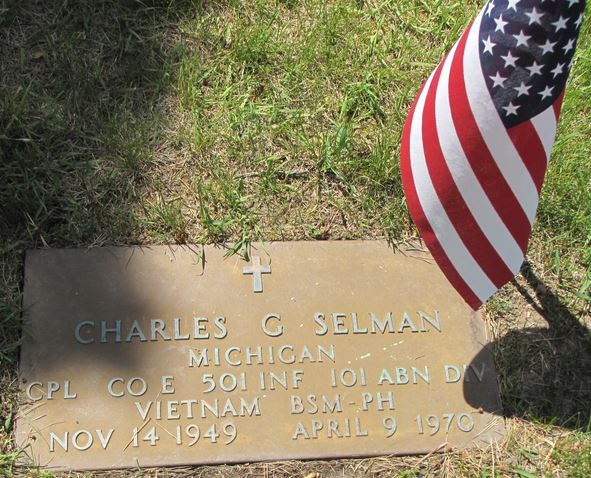 Charles is buried at Glen Eden Memorial Park in Livonia, Wayne, Michigan and is honored on Panel 12W, Row 115 of the Vietnam Veterans Memorial 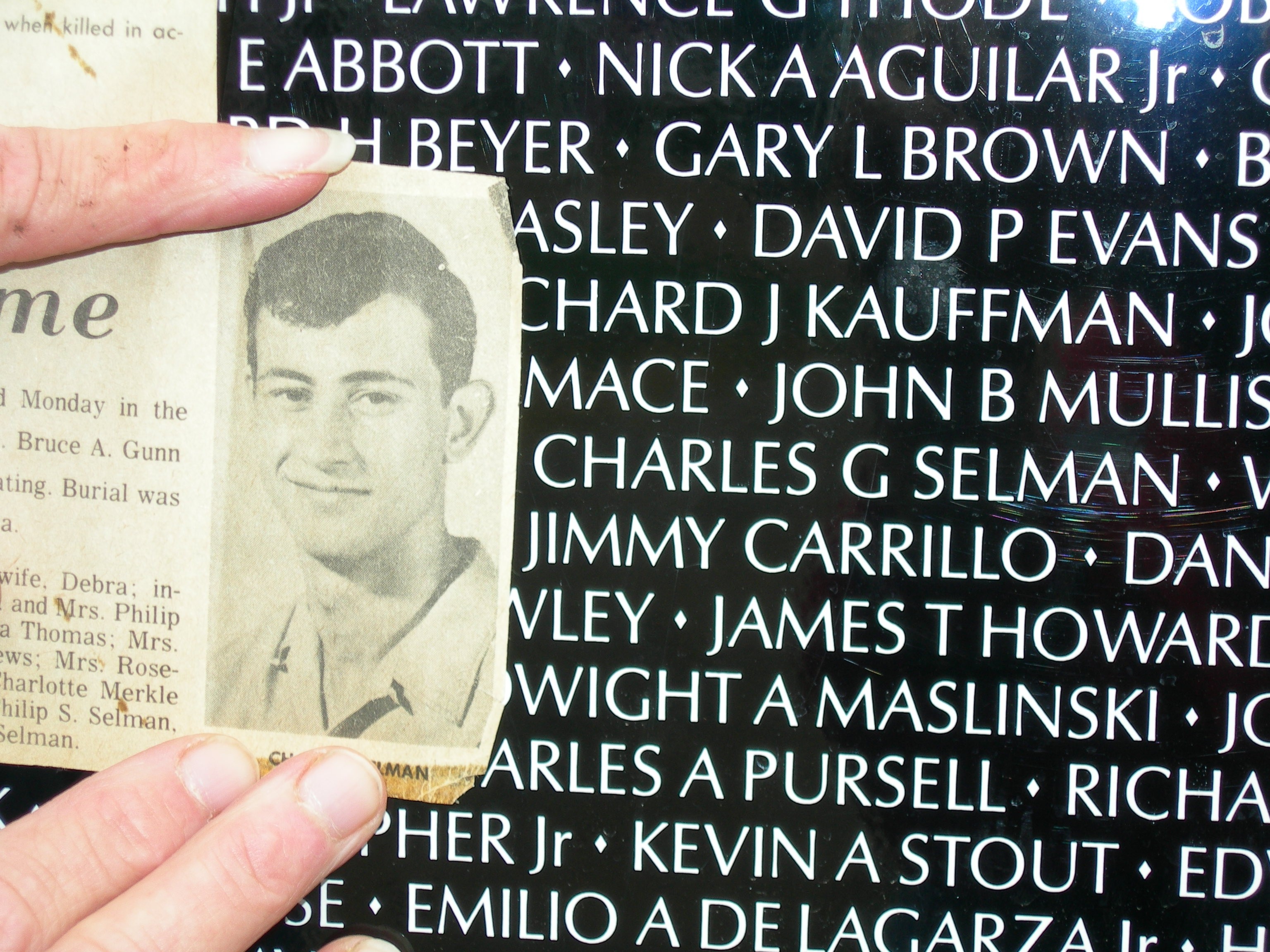 “I was Selman’s medic. He was new in-country and was shot through the chest by a sniper. He was a big man and dead weight. I tried to drag him away from the open, scared to death I would be shot next. Charles died instantly, in my arms, and I started crying uncontrollably. Partly I was sorry for Selman and partly because, but for the grace of God, it could have been me. “

If you have photos or memories of Selman that you would like posted on this page, please email the webmaster